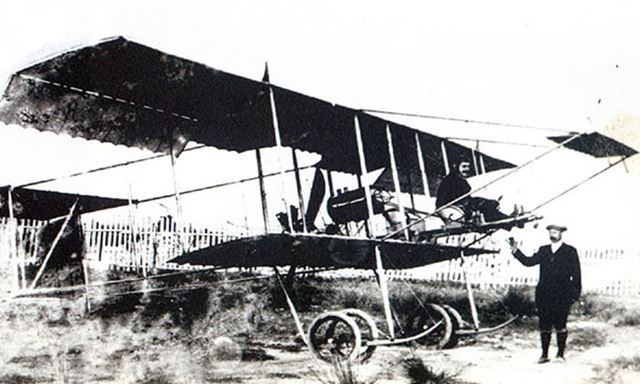 Alexandros Karamanlakis was born on January 18, 1884 in Constantinople. He was originally from Rio town, Patras. He was a Greek journalist and amateur champion aviator. His father, Themistoklis Karamanlakis was a merchant. He spent his childhood with his mother Eurydice Karamanlakis in Constantinople. Afterwards, he attended to the classes of National Great School. However, he moved with his family to Athens, in 1908. The reason of that was the emergence of Neo-Turkish movement. When he was quite in a young age, he engaged in journalism. In January 1911, he started publishing the weekly newspaper, name of which was “Independent of Athens”. The newspaper was published in 43 pages before it ceased publication in October 1911. In August 1911, he moved to Germany, and then to France for journalistic studies first.

As the time went by, he enrolled in the school of the French aviation pioneer: Louis Blerio. Four days after the flight that realized by Emmanuel Argyropoulos on February 12, 1912, Karamanlakis arrived in Patras. He had with him a privately owned Bleriot XI 50-horsepower aircraft. On March 26, 1912 he attempted to fly from Rio to Athens with this aircraft. However, the aircraft took off but crashed immediately.

Luckily, Alexandros Karamanlakis was not injured, and managed to repair the damage to his aircraft. Subsequently, he made two more failed attempts on April 9 and 30, 1912. In the first case, he took off and flew for a while over the city of Patras, while in the second during his attempt to take off from Eglykada. At this accident, he was injured, and his plane was severely damaged in the course of the crash. Following these failures, he was transferred to Athens.

On July 17, 1912 he managed to reach an altitude of 2,200 meters. On August 19 he reached at 3,050 meters. After these respective successes, he was convinced that he could now fly from Athens to Patras. On the morning of August 29, his aircraft took off from the area of Paleo Faliro. After two hours in the air, he had to land in the Gulf of Corinth due to a malfunction of the aircraft engine. However, while Karamanlakis was trying to disengage from the ropes and wires of the aircraft, the aircraft lost its altitude. Eventually, Karamanlakis regrettably failed and drowned in his sinking plane.

His funeral took place the next day. His funeral was held in the presence of Prime Minister of Greece and ministers of his government. The newspapers wrote that “Ancient Greece sacrificed Icarus for the idea of ​​aviation, modern Greece gives Karamanlakis”. His last wish was to realize his one specific dream. He had planned a joint air show in Athens with the other aviation pioneers in Greece, Leonidas Arniotis and Emmanuel Argyropoulos. After all, this show was later postponed due to his tragic death. He was the 193rd aviation martyr in world history. 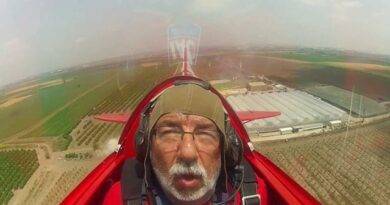 Legendary Aerobatic Pilot Murat Öztürk, Who is He? 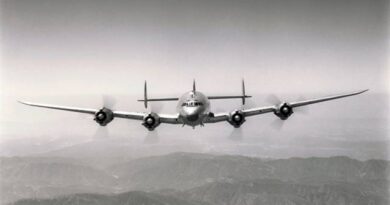