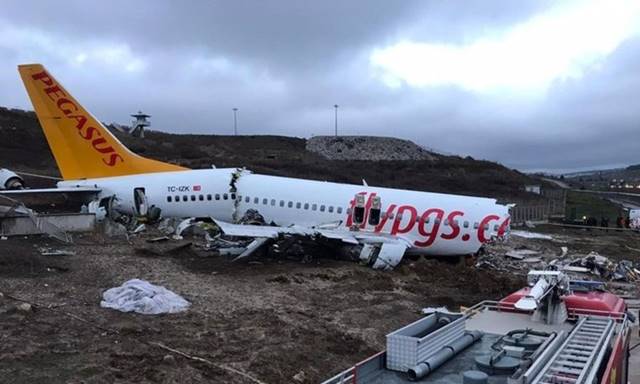 After landing in high tail wind, the pilots lost control of the plane on the runway. B737-800 skidded off the runway for a while and stop by falling into the ditch. There were 183 people on board, including 177 passengers and 6 crew members. After hours of rescue efforts, it was announced that three of the passengers on flight PC2193 lost their lives. All the remaining passengers and crew were injured.

Just one month before that accident, on January 7, 2020, another plane of Pagasus airlines with the same type run out of the runway after landing at Sabiha Gokcen Airport.

Let’s take a look at the details of the accident at Sabiha Gokcen Airport, which caused the death of 3 people and the injury of 180 people on February 5, 2020.

On February 5, 2020, there was a plane crash at Sabiha Gokcen Airport that caused deep sadness in Turkey. As a result of the Boeing 737-86J type airplane flying off the runway on Pegasus Airlines flight 2193, 3 people lost their lives and 180 passengers were injured.

After the accident, an intense research and examination process took place. The report took its final form after all studies. The Ministry published the report with the title “Aircraft Accident Investigation and Investigation Report Announcement”. It was published in the Official Gazette on 05.03.2022. Let’s take a look to the report together.

Pilots panicked due to the lightning strike

Judicial authorities of the Republic of Turkey published a 157-page report afetr incestigations. According to the report, a lightning strike hit the plane 6 minutes before landing. For this reason, the stress of the pilots increased. Moreover, the captain pilot Aslan panicked and wanted to land immediately.

In addition, after the lightning struck, the pilots talked with the technical department. However, the speech made when there is no emergency below 10,000 feet increases the workload in the cockpit.

It was stated that the pilots did not follow the instructions

In addition, the report told that the pilots did not work in coordination with the air traffic control tower. It was stated that the second pilot named Ferdinant Pondaag was a Dutch citizen. Therefore he did not speak Turkish well and that he did not fully understand air traffic conversations. For this reason, the report included that the second pilot could not clearly explain the indicators on the approach phase to the captain.

Lack of safety net at the airport causes accident 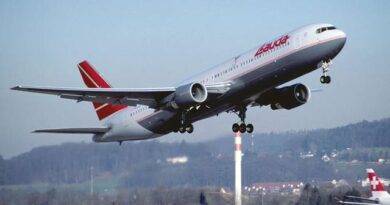 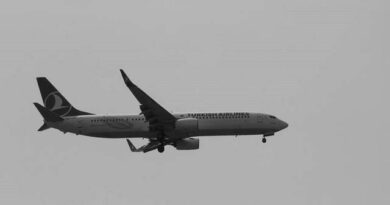