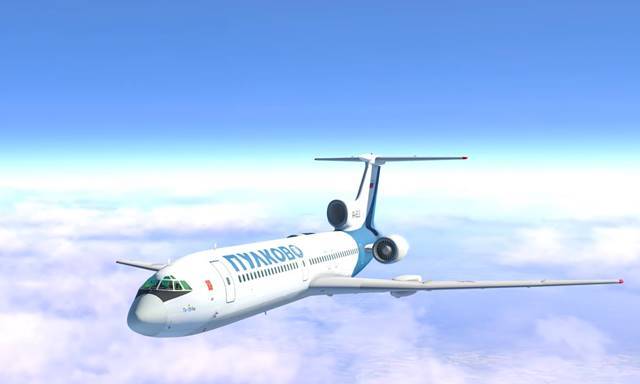 Tupolev Tu-154, also referred to as “The flying cigar” due to its long fuselage and thin body, has been one of the most commonly used airliners in the Eastern Europe throughout history. It was developed in the late 60s by the Soviet Union’s Tupolev Design Bureau, which nowadays serves as a private airplane design and production company under the flag of Russia. Over 1000 units of the flying cigar have been built at total, and only 45 of them are still in service today.

Tupolev Tu-154 is not only a commercial airliner, but it has also been commonly used as a military aircraft, especially during the cold war. Today, airline companies don’t use Tupolev Tu-154 at all, making it an only military-use aircraft in our day.

Tupolev Tu-154, up to this day, has been involved in 83 different crashes and incidents, most of which caused fatalities. With this high number of incidents, we can say that it is not the safest aircraft out there. Although it has served the Russians and other Soviet countries for long years, it was never the most optimal choice for neither commercial aviation nor military-use. However, these countries still use it, mostly because it is cheaper to operate and maintain.

One of the deadly incidents that involved the Tupolev Tu-154 was Pulkovo Aviation Enterprise Flight 612, which was a commercial flight that was scheduled to take place on August 22, 2006.

Pulkovo Aviation Enterprise was an airline of the Soviet Union that operated under Moskovsky District in Saint Petersburg. The airline was founded in 1939 and had been  serving under first the Soviet authority than the Russian Government. The company went private on October 29, 2006, just months after the flight 612 incident.

Anapa Airport to Pulkovo Airport in Saint Petersburg was the destination of Pulkovo Aviation Enterprise Flight 612, a regularly scheduled passenger flight. On August 22, 2006, the plane went down in Donetsk Oblast, eastern Ukraine, not far from the Russian border. All 170 passengers on board died. And today in this post, we will tell you the story of this crash, as well as informing you about what caused this unfortunate event.

A Tu-154 airplane operated by Pulkovo Airlines out of St. Petersburg, Russia, transmitted an SOS signal on Tuesday at 15:37 (GMT+3) and vanished from radar contact at 15:39. The jet crashed 45 kilometers (28 miles) north of Donetsk, according to preliminary data. Later, it was discovered that the plane had crashed close to Sukha Balka hamlet.

Approximately 260 rescue workers arrived at the area, which the authorities had closed off. The length of the field of wreckage and bodies was around 400 meters (1,300 ft). After concluding their search for remains on Wednesday, Ukrainian emergency service officers said that 170 individuals had died in the disaster. Rescuers thought it would be exceedingly challenging to identify the bulk of the fatalities on the scene due to the substantial crash forces and post-accident flames. The plane crashed into a marsh, breaking apart as it did so. Both recorders were located in the morning, bringing to an end the nighttime hunt for black boxes. Later, the flight recorders were shipped to Moscow for examination.

Additionally, a 60-person Russian emergency ministry team flew in from Rostov to assist with the rescue and cleanup operations. To identify bodies, relatives of the deceased were flown a few days after the incident.

A nearby farmer and a young couple looking for cover from the storm saw the accident. They informed reporters that they witnessed the plane dropping from the sky and catching fire as it impacted the ground. They could make out individuals in a few seats that were propelled from the plane upon impact, but none displayed any signs of life.

The airplane had been wrecked, according to Andrei Tyutyunikov of the nearby daily Donetskiye Novosti, who arrived at the scene immediately after the collision. He stated: “It’s simply broken up. The letters are visible on one sizable portion that I can see. Emergency personnel are extracting body parts in pieces from the debris. Nobody is still alive.”

Early accounts indicated that Flight 612 may have been trapped in a rainstorm; the crew had reported experiencing strong turbulence to air traffic control just before the disaster. Residents of a nearby town said that the weather at the time of the crash was severe enough to impede cell phone service and cause power outages on the ground. Authorities at the scene made the assumption that lightning striking the plane may have started an onboard fire. But since then, a different hypothesis has been put forth. Crash investigators believe that the aircraft climbed to an altitude greater than the maximum for which it was designed, causing the aircraft to enter into a flat spin from which it never recovered, based on a variety of information, including the partially decrypted chat logs from a recovered flight recorder.

The Tu-154M RA-85 185 that belonged to Pulkovo Airlines crashed when it entered manual flight mode, experienced supercritical angles of attack, went into stall mode, then transitioned to a flat spin before colliding with the ground at a high vertical velocity. Due to the lack of recommendations regarding the peculiarities of piloting in the longitudinal channel in manual mode and using the trim mechanism in the Flight Manual (RLE) and crew training programs, as well as the inability to practice flying the aircraft in hand mode at high altitudes and angles of attack because there were no suitable simulators available, the crew while avoiding thunderstorm and turbulence areas allowed the aircraft to enter pitch oscillations exceeding operatic levels. Lack of control over flight speed, disregard for RLE’s directives to keep the aircraft from going into stall mode, and a disorganized crew allowed the situation to spiral out of control and become catastrophic. 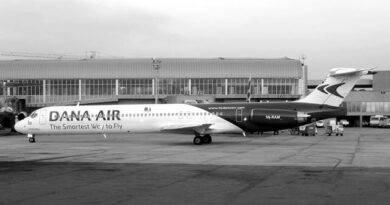 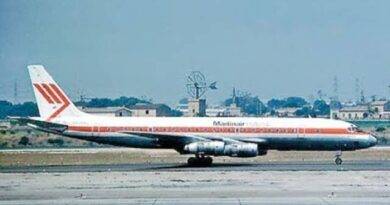 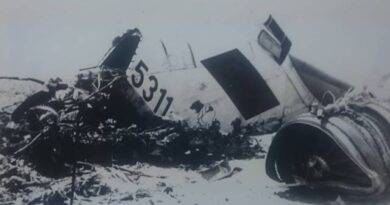