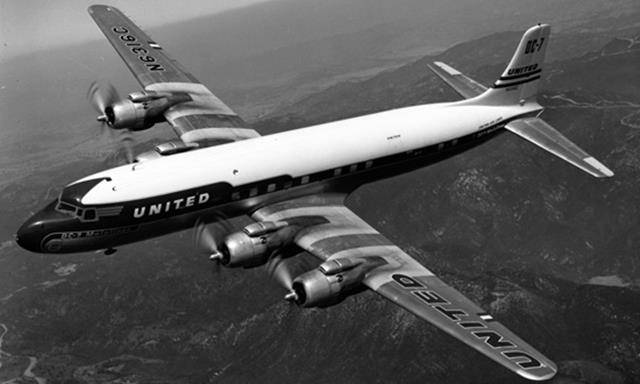 Plane accidents are usually very rare, when compared to accidents that happen with other transportation vehicles, such as cars, trains, or boats. There are a number of reasons for this, like the cruising area availability or the scarcity of planes in the air compared to the available space. However, there have still been many plane accidents, most of which were crashes. On the other hand, an even rarer incident is the collision of two planes, which was the case for the Grand Canyon Mid-air Collision, which happened in 30 June 1956.

Today, we will look into the interesting and almost impossible to believe story behind the Grand Canyon Mid-air Collision, and inform you further about the incident. But before we begin, we want to make it clear that the story we are going to be telling is not the Grand Canyon Mid-air Collision that happened in 1986, which was a  similar incident involving a DHC-6 and a Bell 206 helicopter. It is the one that took place in 1959 between a DC-7 and a L-1049, killing over 100 people.

The Day of The Collision

Since the incident took place involving two different planes, there are actually two different ways of telling the story, but today, we will be trying to briefly tell both sides of the story.

One of the planes that were involved in the collision was a McDonnell Dougles DC-7, which was being operated by United Airlines. The pilot of the aircraft was Robert “Bob” Shirley, who was an experienced pilot at the age of 49. He was operating the DC-7 with his first officer Robert Harms (36) and the flight engineer Gerard Fiore (39). The flight was planned to start at 09.00 on Saturday, June 30, 1956. The plane took off at 09.04 from Los Angeles to arrive at Chicago Midway Airport. There were 53 passengers and five crew members onboard (two flight attendants, Shirley, Harms, and Fiore).

On the other hand, the other plane that was involved was a Lockheed L-1049 Super Constellation operated by Trans World Airlines. The captain of the plane was Jack Gandy (41). He was operating the L-1049 with his first officer James Ritner (31), and the flight engineer Forrest Breyfogle (37). The L-1049 also took off from Los Angeles at 09.01, heading to Kansas City Downtown Airport. There were 64 passengers onboard, in addition to the six flight crew members (Gandy, Ritner, Breyfogle, and three flight attendants).

Both of the planes had ascended to their cruise altitude, and were heading towards their destinations. Both of the routes of the planes crossed over the Grand Canyon, which was an uncontrolled air space. This meant that the captains were required to keep their distance from other planes by themselves, without the directions from ATC (air traffic controller).

Let’s look to the relevant part of Admiral Cloudberg’s post on medium for detailed explanation:

Cruising at 19,000 feet, Gandy reported that he was approaching Daggett and wanted to climb to 21,000 feet to get on top of some weather which was beginning to build up over Arizona.

“TWA 2 is coming up on Daggett, requesting 21,000 feet,” the company radioman repeated to the Los Angeles area controller.

Upon receiving the message, the Los Angeles controller asked his counterpart in Salt Lake City, Utah, who was responsible for the airspace over northern Arizona, what he thought of the situation. “TWA 2 is requesting two one thousand, how does it look?” he asked. “I see he is Daggett direct Trinidad, I see you have United 718 crossing his altitude — in his way at two one thousand.”

“Yes, their courses cross and they are right together,” the Salt Lake controller replied.

The Los Angeles controller then called back the TWA radio operator and said, “Advisory, TWA 2, unable to approve two one thousand.”

But the operator immediately butted in with a new request: “Just a minute, I think he wants one thousand on top,” he said. “Yes, a thousand on top until he can get it.” …

Although the concept has long since been abolished, in 1956 a pilot could request a clearance to fly “1,000 on top” of the clouds. Although the official guidelines were somewhat contradictory, in practice this meant that the flight would switch to visual flight rules, or VFR, in which the pilot is responsible for their own navigation and separation from other aircraft, and must stay at least 1,000 feet away from any clouds, climbing or descending to whatever altitude is required in order to do so… – Thank you Admiral Cloudberg !

About one hour after both the planes had taken off, around 10.30, the unexpected happened, and the two planes collided into each other with an angle of around 25 degrees. The United DC-7 had tried to maneuver and get away from the L-1049 as soon as the captain Shirley noticed the L-1049, but it was too late, and both the planes exploded in the air after collision, killing a total of 128 people. Post-crash analysis determined that the United DC-7 was banking to the right and pitching down at the time of the collision, suggesting that one or possibly both of the United pilots spotted the TWA Constellation and attempted evasive action.

The reason behind the collision was very clear, the captain of the TWA L-1049, Gandy wasn’t acting as he was supposed to, and was too confident, being the reason for the death of over a hundred people.

As expected, there weren’t any survivors, and the parts of the two planes with the dead bodies of the passengers had scattered around the grand canyon.

The collision was the first aviation accident in which over 100 people were killed, and it left a great impact on both the media and the aviation world. After this incident, many protocols and procedures in civil air transportation were revised, and made sure that a similar incident wouldn’t happen. 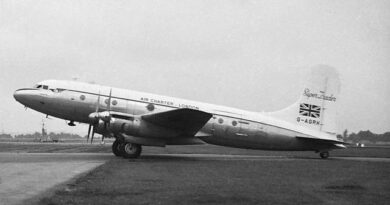 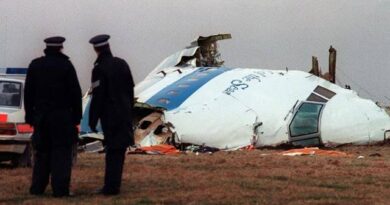 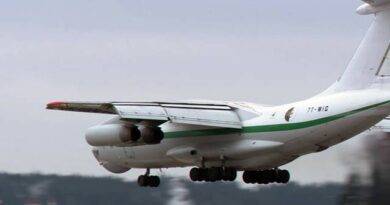